A Historical Assessment was carried out in 2008 by Andrew Junor, Belinda Ensor, Nicola McColl and Ben Mountford of SH Productions. This is what they said about our collection:

A segment of the collection held by the Broadford and District Historical Society (hereafter known in this document as the B&DHS) is significant at state and national levels. This segment, composed chiefly of printing material, is housed in the former office of the Broadford Courier newspaper. The origins of these items can be traced to the newspaper office in its years of operation (between 1891 and 1978) and are discussed in detail in Section 4 of this report. The Broadford Courier items are the central focus of this significance assessment. 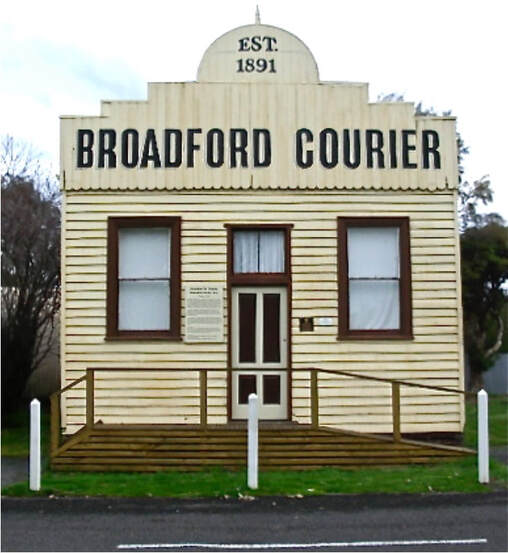 The fact that the Broadford Courier was set and printed by hand until the 1970s is exceptional in national and state terms, since it links the B&DHS collection to one of Australia’s most sustained uses of pre-Linotype printing technology. In this respect—the use of pre-Linotype printing technology—the collection is historically significant at both national and state levels.

In terms of printing heritage, the Broadford Courier collection is of historical significance because it provides an intact and representative example of the kind of small-scale printing office that once proliferated in rural Australia, remnants of which have become exceedingly rare.

The Broadford Courier served Broadford and district for almost a century and chronicled the social life of the town with an affectionate and eccentric persistence, most notably under the guidance of the McDonald family. The Courier items represent not only a local history of printing technology, but also earlier periods in Broadford’s social history.

The B&DHS collection is of historical significance owing chiefly to the items within the former Broadford Courier office. The Courier items offer a fairly intact representation of the newspaper office in its heyday, and provide material examples of the archaic and labour-intensive printing techniques—namely, hand-set type and hand printing—which marked the publication of the Broadford Courier until its closure in the late 1970s.

Small-scale newspaper and jobbing offices were integral components of the economic and cultural life of 19th and 20th century rural Australia. Few examples of this heritage survive with the same degree of intactness or authenticity as exists in the Broadford Courier office. The historical significance of the B&DHS collection derives from its intactness, its representativeness, its interpretive potential, its relatively good condition, and its connection to a historically-exceptional instance of post-war manual typesetting and printing.

The historical significance of the B&DHS collection as a whole, and in relation to specific items, will be more firmly known in future only with further research. At present it seems that few collections can match the Broadford Courier items in terms of authentically representing a small-scale rural jobbing and newspaper office, especially one that employed manual printing methods into the post-war era and that has remained relatively intact. Furthermore, specific items within the Broadford Courier collection (such as the Ingle cylinder press and the Shackell & Edwards hand guillotine) are at present presumed to be the only surviving examples of their type within Australia. 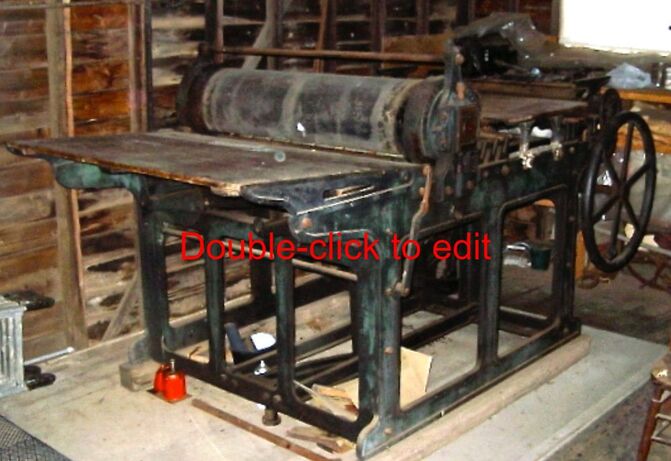 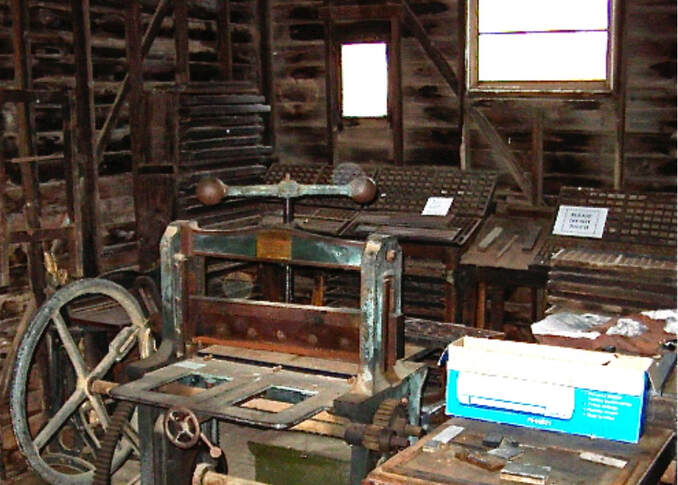